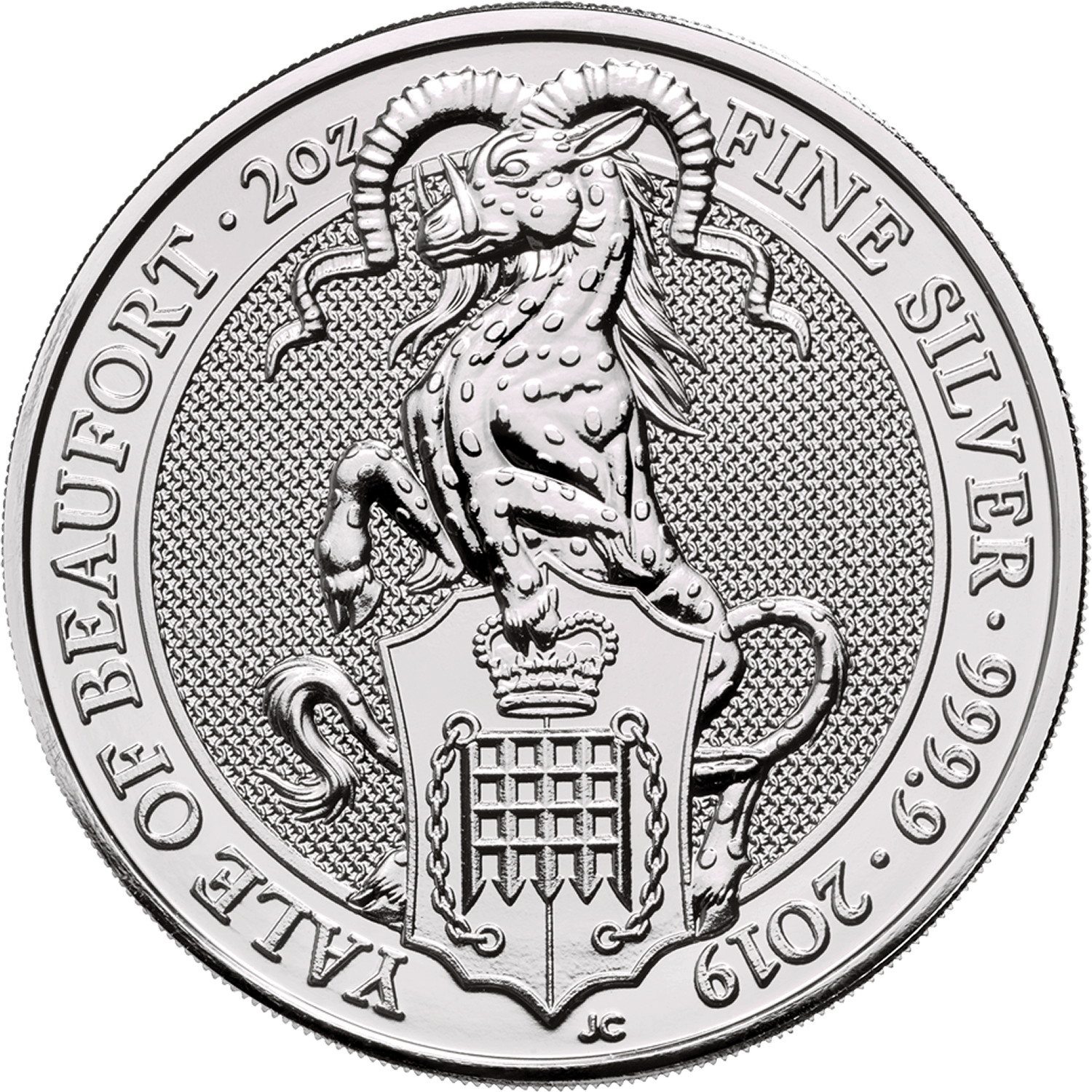 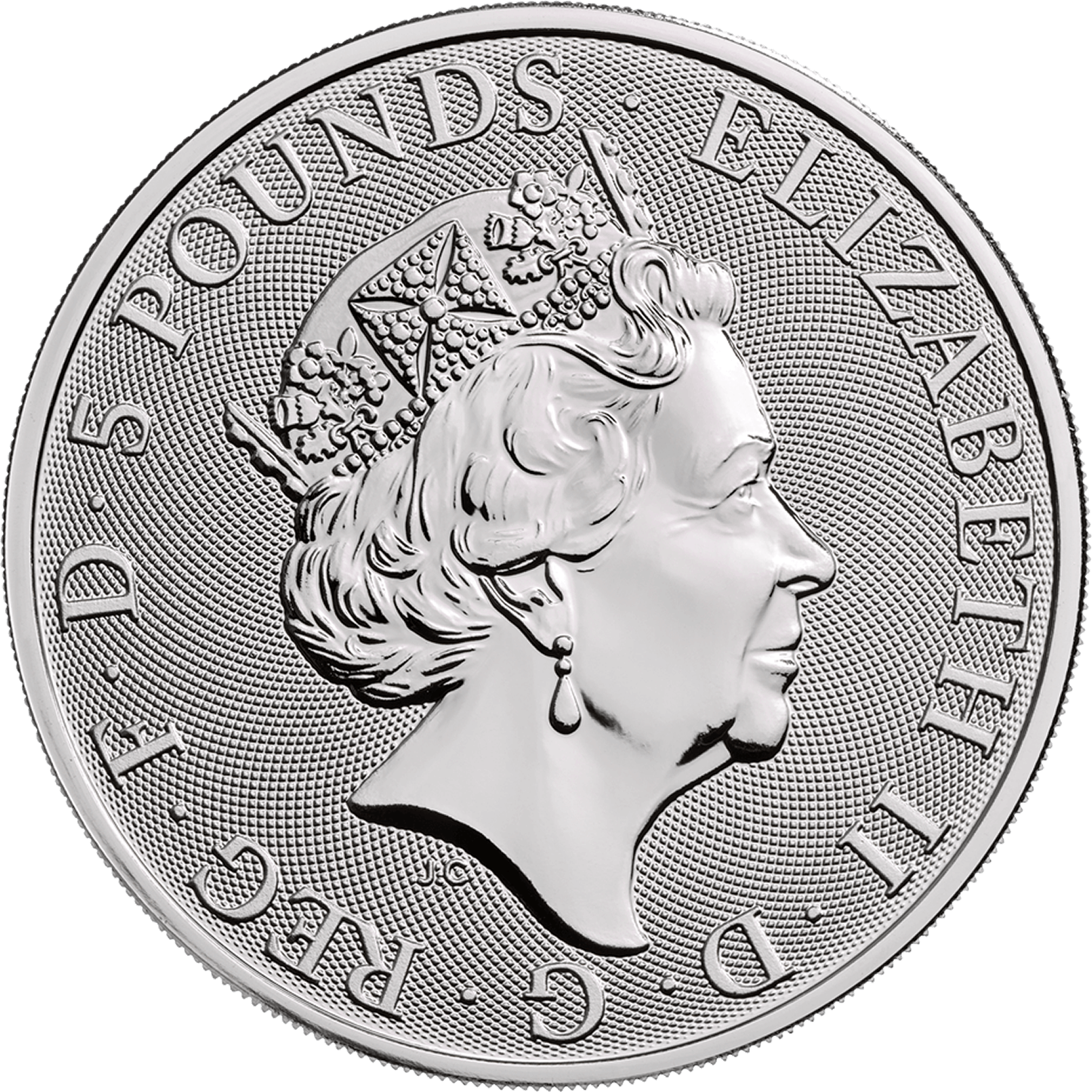 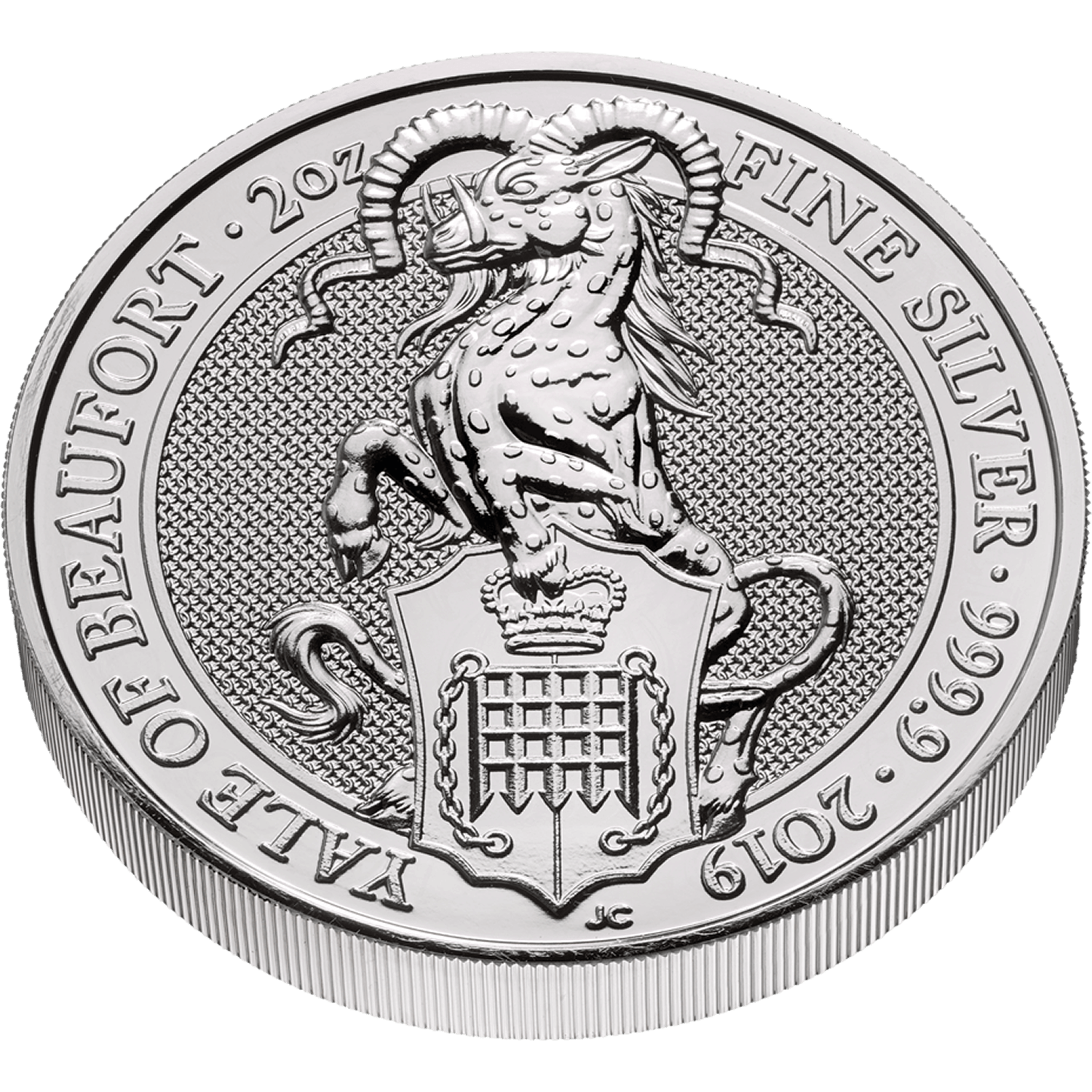 At Her Majesty The Queen’s historic coronation in Westminster Abbey in 1953, ten heraldic beasts stood guard. Each beast has their own story to tell with their legacy and royal ancestry representing their inclusion in The Queen’s Beasts. These royal protectors have been used as heraldic badges through the generations, and are part of an enduring legacy that charts the pivotal events and twists of fate that have come to define our ruling dynasties.A new addition to the range, this two-ounce silver bullion coin celebrates the seventh release in The Queen’s Beasts Collection, the Yale of Beaufort.The yale is a mythical beast. It descends to The Queen through Henry VII, who inherited it from his mother, Lady Margaret Beaufort, who played a central role in the Wars of the Roses. Her position as matriarch of the Tudor dynasty gave the yale prestige and symbolic meaning.This two-ounce silver bullion coin features another original portrait by Royal Mint coin designer Jody Clark. The yale has been portrayed as a creature of regal stature, both rare and magnificent. Its most prominent feature is its horns which are a focal point in the design.This bullion coin from The Queen’s Beasts Collection is also available as a gold quarter-ounce edition and a gold one-ounce edition.Key Points: